Earlier this week, Ethereum World News reported that Ethereum’s long-planned Constantinople blockchain upgrade fell upon hard times, with developers drawing attention to an error in the protocol’s code, which would purportedly allow malicious attackers to drain ETH from smart contracts. As this news propagated, the market fell, with Ether falling by upwards of 5% in a few hours’ time.

Vitalik Buterin, Hudson Jameson, Afri Schoedon, among a handful of other notable, pertinent Ethereum core developers convened in an emergency developer call, doing their utmost to determine the proper course of action. The developers agreed that a delay was mandated, as if the bugged version of Constantinople went live, the Ethereum ecosystem would have been decimated.

While the fork technically occurred, with 10% of Ethereum’s hashpower migrating to the flawed Constantinople-activated chain, the ‘real’ fork has been delayed. Per a piece from CoinDesk, the project’s developers met again, determining that the hard fork would activate at block number 7,280,000, likely to be processed on February 27th.

But there are a few nuances with this launch. Namely, the corrupted EIP will not be included in the ‘new and improved’ Constantinople. Also, when the upgrade hits, there will be two simultaneous upgrades, rather than one. The first upgrade will activate the five EIPs stipulated, while the second will remove the bugged EIP.

According to CoinDesk, this will ensure “that test networks and private networks that have already implemented the full Constantinople upgrade can easily implement a fix without rolling back any blocks.”

Interestingly, as hinted at in the title of this article, the target date for Constantinople’s activation is the last day that the U.S. Securities and Exchange Commission will make a verdict on the Bitcoin exchange-traded fund (ETF) proposal from VanEck, SolidX, and CBOE. This is likely nothing more than an intriguing coincidence, but the fact that two industry events could fall on the same day could be fate.

Will Constantinople’s third launch go right? And will it be accompanied by a positive Bitcoin ETF verdict from regulatory incumbents?

For now, no one knows for sure. But optimists believe the two events can occur successfully, instead of crashing, burning, and plummeting into the proverbial abyss.

Despite the delay, many have seen Constantinople in Ethereum’s long-term prospects, especially considering the project’s ambition to launch Proof of Stake (PoS), blockchain sharding, among other features via the Serenity upgrade schedule.

For those who missed the memo, Constantinople will activate EIP 145, EIP 1052, and EIP 1014, which are all upgrades that allow for short-term scaling. 145, for example, will reduce the “cost of shifts in smart contracts” by 10x, making certain functions much cheaper for consumers. 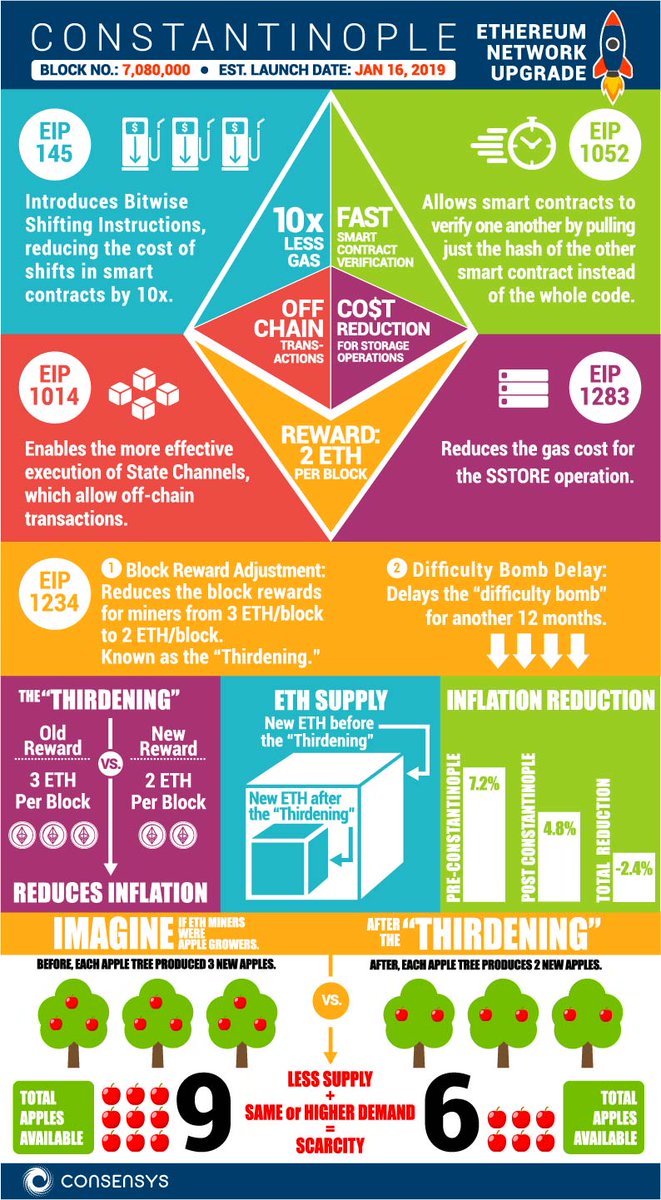 Not only will Constantinople improve Ethereum’s fundamentals, but likely the price of Ether too. Alex Kruger, a New York-based crypto researcher, once claimed that the fork is “decidedly bullish” for ETH’s long-term prospects, as the issuance reduction, or so-called “thirdening,” will likely push the cryptocurrency higher due to simple supply and demand economics. 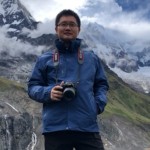 Bitcoin Fans was created by a group of fans who love Bitcoin and Cryptocurrency.

Every day, we collect news about blockchain and fintech technologies from all over the world. Team members come from different countries and regions. We cooperate with each other and work in a decentralized way.